Pro Bono Canada (PBC) was created to encourage and support the development of province-wide pro bono programs that bridge the gap between the less fortunate with unmet legal needs, and lawyers who wish to volunteer their services. PBC is dedicated to increasing awareness of pro bono activities and encouraging the expansion of pro bono legal services across the country.

Find a Pro Bono Organization
in your province 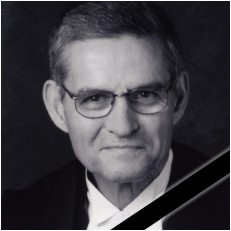 Pro Bono Canada mourns the loss of founding Director, Lance Finch. Best known as the Chief Justice of British Columbia from 2001 to 2013, Lance championed access to justice throughout his remarkable career. He touched the lives of thousands of people who had nowhere else to turn for their unmet legal needs, except for the organizations he helped to guide and support. Lance was a long-time director of Access Pro Bono British Columbia.

Lance’s many honours and awards include the 2002 Queen’s Golden Jubilee Medal, the 2012 Queen’s Diamond Jubilee Medal, and the 2013 UBCLaw Alumni Lifetime Achievement Award. He was appointed Queen’s Counsel in 2015, and appointed to the Order of British Columbia in 2017.Lance was also a kind, humble and warm individual. He will be sorely missed by those who had the privilege of working with him. Our thoughts are with his wife, Judy, and his family during this difficult time.